Facebook is Going to Snuff Out Your Social Network

I’m an old school web designer and developer. I’ve been trolling around on the Internet since my freshman year of college in 1993. Back then, it was all dial-up and text-based interfaces (Gopher, IRC, Lynx). As we all know, the Internet exploded from there. And although I still consider myself old school, I do keep up on the trends and technologies that sway the Internet in one direction or another (If I didn’t, I’d be out of a job). The one trend that fascinates me most is the social network. 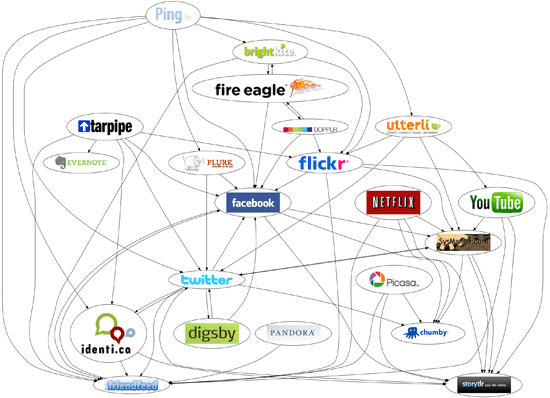 Social media is a double-edged sword. I enjoy keeping up with family, friends, and colleagues on facebook and LinkedIn. However, I’m not about to broadcast my current physical location using foursquare or one of it’s ilk. Some would call me a neo-luddite, others would point out that I am part of movement that is rethinking social media.

Somewhere in between facebook and foursquare is a segment of social networks catering to our unique interests. I’ve joined social networks for outdoorsy types, cyclists, lego fanatics, linux geeks, and a few others I can’t recall. I can recollect being a member, albeit momentarily, of a social network that addressed each of my main interests. But, I can’t remember the names of any of these networks.

Why not? Because facebook filled the need for each of these social media offerings. It turns out I wasn’t interested in connecting with others based solely on a shared interest. Because aside from that shared interest, we didn’t have anything else in common. I discovered I was much more interested in reconnecting with friends, family, and colleagues who shared the same interests, because we already had an existing social bond. Most of these niched social networking web sites are little more than a collection of basic communications tools — a forum, blog, classifieds and photo gallery — amounting to a cookie cutter web site. While there is a lot of noise on facebook — ego broadcasting, crying out for attention — I at least know these people.

This is why facebook is going to snuff out these social networks. Because on facebook I can connect with people I already know who have similar interests to mine. I’ve reconnected with old friends who love the same music, food, and sports. And as facebook continues to add new features to its offering (i.e. Questions) it’s going to continue overshadowing and silencing the smaller social networks. And it’s already started happening. I’ve seen several social media web sites fizzle out over the past five years. In some cases, their target market didn’t materialize, in others, their target market left for bluer pastures.

When it comes to my personal social media experience I’ve opted to opt out of the smaller social networks. I wasn’t making any connections and it required too much work to maintain a photo album for each site while also participating in the online forums. When I need my social fix, I go to facebook. And I’m certain others are doing the same. The larger social networks provide the relationship backbone that any social media company needs to survive. That backbone is built first on trust and familiarity; common interest is a distant second.

How does a small social network survive the facebook effect? It needs to be relevant and differentiate itself in a way that draws in users. People who love cycling are going to lose interest in your social media site if it is just an online photo gallery with pictures of bikes. It needs to go beyond that. For example, color.com just announced their new app. The idea is to share photos with others based on geographical location, a “moving network”. The idea may seem crazy, but it’s unique. It’s daring. And it just might work.

So the next time you get this great idea to design and develop a social network for Labradoodle owners (Update: I just googled “labradoodle social network” and guess what, it exists!), check first to see if there is a facebook page, a LinkedIn group, or a foursquare community built around this particular interest. If you have more to offer than facebook, LinkedIn, or foursquare, by all means, design and develop your social network and enhance the lives of Labradoodle owners. The majority of social networking attempts I’ve seen, however, are indistinguishable and unmemorable, cookie-cutter copycats chasing a trend when they should be striving toward creating one.

This entry was posted in Web Development. Bookmark the permalink.